This is the Third preview of my new eBook titled
"The 10 Myths Killing Success.  (and how to defeat them)"

Feel free to share these excerpts with anyone you know who is trying to define success in their own life or business.
See if any of these myths have stopped you from finding clarity and moving forward:

Write this down, memorize it,  make a sign and put it on your bathroom mirror, heck, tattoo it on your eyelids if you need to, but commit this one truth to your core:

The notion that intelligence is required for success remains one of the most harmful myths that keep many people from even trying to get started.

I know why - with the dumbing down of education, the prevalent undercurrent of doubts about human potential, and the fact that society tends to reward mere intelligence - a gift no one works for -  from a young age, has convinced many of us that "I'm not smart enough to do (fill in the blank)...

Interestingly, there is a very low correlation between raw intelligence and life achievement. Sure, there are some who breeze through educational pursuits, others who seem to "know everything," and for the rest of us, it seems like they just got a head start in life.

But in the long run, not even in the end yet, just as time goes by, those who really succeed are those who simply DO IT!  The people who ignore the fact that they are not smart enough, and just go ahead and succeed, succeed.  Those who intentionally heal from a parenting style that tells them they don't have the brain power, succeed.  The people who simply have not entertained the idea that they needed more cerebral strength to actually start a business, create a service, invent a gizmo, or just flat work at it...those are the ones who succeed.

Face it, you are NOT smart enough...and you never had to be... to succeed.

Posted by Rix Blog For Leaders at 6:24 PM 0 comments 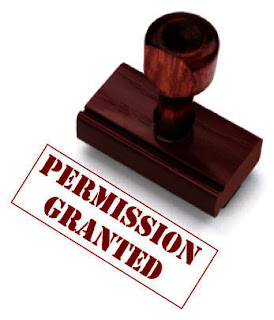 This is the Second preview of my new eBook titled
"The 10 Myths Killing Success.  (and how to defeat them)"


Feel free to share these excerpts with anyone you know who is trying to define success in their own life or business.  See if any of these myths have stopped you from finding clarity and moving forward:

The children obediently lined up one by one at the food line in the school cafeteria.  When the lunch attendant said, "OK, you can start" each child eagerly pushed forward to get their lunch.  You didn't have to tell them more than once to start grabbing fruit, milk and whatever the mystery meat was for the day.  All the needed was permission.

While we certainly applaud the kiddos for being polite and learning their manners and waiting until told, there is a big part of all of us that seem to think any achievement needs to same level of "allow-ability" before we can get going.  There is a very strong myth that somehow success, achievement, action..whatever you want to call it,  needs someone else to tell us it is OK to proceed.

A young entrepreneur watches other more experienced business owners launch out, and wonders to herself, "I hope I can be that good someday..."  A middle aged man whose career has not flowered as he had once hoped, thinks to himself, "What if I could start over?"  A recent high school graduate pours through potential colleges and dreams, "Could I really be make it through Med School?"

All three have the same stopping point.  The same block:  All three are waiting for someone to tell them it's OK to proceed, to get going, to take a risk, to JUMP!

So, here's the dark secret few know:  NO ONE will give you permission to pursue.  No one.  In fact, we are waiting on you to make the decision.  You stand at the edge of the imaginary diving board called "Life change" and frankly, no one is watching.  no one.

If you are going to succeed, achieve, risk, jump out, then YOU are going to have to do it.  Stop waiting for the lunch lady to say, "OK, go on..."  There is no lunch lady at the front of the line.  YOU are at the front of the line... You don't need anyone's permission.  That decision, that dream, that hope, that next best life you have always wondered about... you know that one?  You know which one I am talking about?  THAT'S the one YOU need to pursue.

(no one will give you permission - you don't need it anyway.
Posted by Rix Blog For Leaders at 10:31 AM 2 comments

Rix Blog For Leaders
Certified Business Coach, Speaker, and Business Designer for Entrepreneurial Success. A founding member of the John Maxwell Team My passion is to see life change in anyone who seeks it. I believe EVERYTHING can get better.

This blog holds a strict Copy Right which states if you like what you read here, SHARE IT!
Then do three things:
1. Learn it
2. Live it
3. Lead it
Don't just copy it. Make it your own and add value to others.